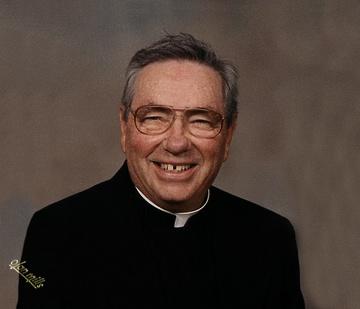 Finnegan was ordained to the priesthood on May 5, 1954, by Samuel Cardinal Stritch and celebrated his first solemn Mass at St. Mel-Holy Ghost Parish in Chicago, Ill., on May 16 of the same year.

Finnegan’s younger brother, Rev. William J. Finnegan, a retired priest and former pastor of Our Lady of the Woods Parish in Orland Park, Ill., remembered that his older brother saw himself as a parish priest from the very beginning and he was able to fulfill his dream for two years by working with the people of Our Lady of Loretto Parish in Hometown, Ill., a few months after ordination to priesthood. Finnegan was then asked to become a full-time teacher at Quigley Preparatory Seminary and later at St. Mary of the Lake Junior College in Niles, Ill.

Rev. Raymond J. Jasinski, retired priest, former pastor of St. John of God in Chicago and the last living priest of the 1954 ordination class, remembers how he used to be close to his classmate. “He was a good, hard-working priest.”

Interment will take place at Queen of Heaven Cemetery in Hillside, Ill.