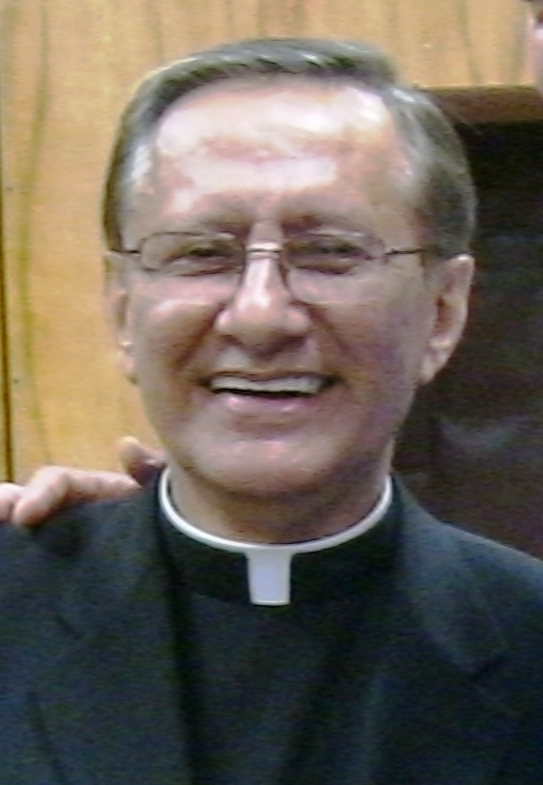 Born on Oct. 11, 1939, in Santa Barbara, Antioquia, Colombia, Bedoya was raised in a devout Catholic family. As a child, he began studies in the Seminary of Yarumal, graduating with the Friars of Rafael de la Serna.

After arriving to the United States and before priesthood, Bedoya earned a bachelor’s degree at Chicago State University and a master’s degree in human service administration from Spertus College in Chicago. He then began a career in Catholic hospitals and became chief cardiovascular technologist and director of cardiology and neurology at Columbus Hospital, founded by St. Frances Xavier Cabrini in Chicago. Then he worked as a public service administrator for the Illinois Department of Children and Family Services.

When Bedoya became an active parishioner at St. Mary and became involved in the Spanish Mass as a layperson, he was encouraged to speak to Cardinal Francis George, who endorsed him to study for the priesthood.

Bedoya attended Pope St. John XXIII Seminary in Weston, Mass., outside Boston, which specializes in forming late vocations. Bedoya was ordained to the priesthood on May 24, 2003, in the Archdiocese of Chicago by Cardinal George, and he celebrated his first solemn Mass on the same day he was ordained at St. Mary Parish.

“He wasn’t ordained until he was 63 but he had a vocation his whole life,” said Rev. Lawrence Collins, pastor at St. Mary Church in Des Plaines. Bedoya and Collins worked together at St. Mary Parish for three years cherishing their friendship even after Bedoya retired. He would always help those in need, whether clothing and toys for children or food for families, according to Collins.

After ordination to the priesthood, Bedoya served as associate pastor at St. John the Evangelist Parish in Streamwood until 2005 and St. Mary Parish until 2013 when he retired.

Rev. Gene Dyer, associate pastor of St. Cecilia Parish in Mt. Prospect, was pastor at St. Mary Church when Fr. Bedoya started serving at his parish. “His devotion and love to the Lord and the Eucharist was very beautiful,” said Dyer. “He was very caring and compassionate to those who were suffering and in need – a very faithful priest. He blessed many people during his priesthood.”

In a New World (now Chicago Catholic) article published during his ordination year, Bedoya ended his interview with the following thought: “I think the priesthood is the greatest gift God can bestow on a man, but one which carries awesome responsibilities. I only pray to God that I may serve Him by being of help in peoples’ journey to the Lord.”

Visitation hours will be held from 9 a.m. on Thursday, Sept. 30, 2021, until 11 a.m., at the time of the funeral Mass.  All funeral services will be held at St. Mary Catholic Church, 794 Pearson Street in Des Plaines. Bishop Jeffrey Grob will be the main celebrant of the Mass and Collins will be the homilist. The funeral Mass will be livestreamed on the G.L. Hills Funeral Home’s Facebook page: https://www.facebook.com/glhillsfuneralhome.

Interment will be in All Saints Cemetery in Des Plaines.