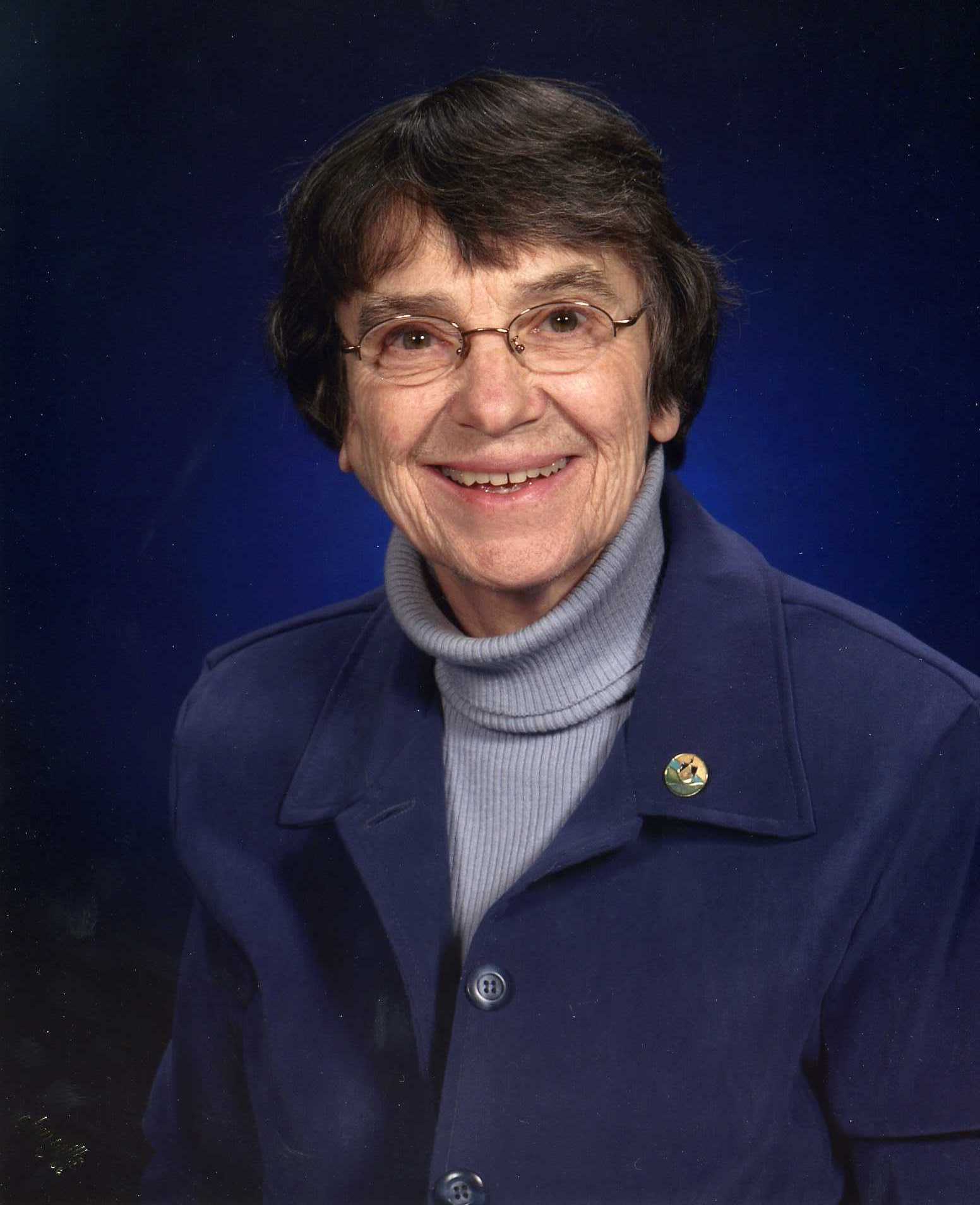 Chicago - (Nov. 23, 2022) – Sister Joan Monica McGuire, O.P., Dominican Sister of Peace and former director of the Office for Ecumenical and Interreligious Affairs of the Archdiocese of Chicago, passed away Monday, Nov. 21, 2022. She was 90 years old.

McGuire served in the Archdiocese of Chicago as director of the Office for Ecumenical and Interreligious Affairs (EIA) from 1987-1992 and from 1996 until she retired in 2013.

Early in her tenure as director, McGuire was very involved in establishing a covenant relationship of the Metropolitan Chicago Synod of the Evangelical Lutheran Church in America (ELCA) and the Archdiocese of Chicago. Joseph Cardinal Bernardin explained that the covenant called “for a posture of openness toward each other and a movement beyond what divides us to dialogue on what mutually concerns us.” McGuire led the procession on Oct. 31, 2017, when Cardinal Blase Cupich renewed this covenant with Bishop Wayne Miller of the Metropolitan Chicago Synod on the 500th anniversary of the beginning of the Protestant Reformation.

“Sr. Joan was always supportive of my ideas as a young associate director in the Archdiocese of Chicago’s Office for Ecumenical and Interreligious Affairs, and she helped me receive a grant to begin a Catholic-Muslim Education Program in local high schools,” said Dr. Rita George Tvrtkovic, professor of theology at Benedictine University.  “As one of the only female EIA Officers in the United States at the time, she was a role model for me and to so many others.”

McGuire was a delegate of Cardinal Joseph Bernardin’s Chicago Catholic-Jewish Dialogue visit to Israel, the West Bank and Gaza, and under the leadership of Cardinal Francis George, McGuire co-directed “A Pilgrimage of Love” to Constantinople and Rome.

While serving in the Archdiocese of Chicago, McGuire was an instructor in the Institute of Pastoral Leadership at the University of St. Mary of the Lake in Mundelein, Illinois. She also served as a member of the Joint Working Group of the World Council of Churches Faith and Order Commission and as co-chair of the Illinois Council of Churches.

McGuire was instrumental in making the 1993 convening of the Parliament of the World’s Religions a reality and remained deeply involved in the Parliament’s work for many years.

“Sr. Joan was a wise, humble and compassionate leader who worked tirelessly to build lasting relationships among Christians and with people of the world’s religions,” said Susan M. Pudelek, assistant director of the Archdiocese of Chicago’s EIA Office. “She will be deeply missed by those who came to know and work with her. We all benefit today from her legacy of faithful leadership in the name of Jesus.”

“For more than three decades, Sr. Joan McGuire expertly directed ecumenical and interreligious affairs for the Archdiocese of Chicago,” said Dan Olsen, director of the EIA Office. “Her pioneering and exemplary work helped build the deep relationships among religious communities in Chicago that persist to this day. The interreligious fabric of Chicago has forever been changed for the better because of Sr. Joan.”

McGuire was born in Cedar Rapids, Nebraska, on Jan. 26, 1932. She entered the Dominican Congregation in August 1955 and professed final vows in August 1958 at St. Catharine in Kentucky.

She received her elementary education from the Dominican Sisters in Cedar Rapids and earned a bachelor’s degree from Siena College in Memphis, Tennessee; a master’s degree in theology from Loyola University in Chicago; and a License and Doctorate in Sacred Theology in Ecumenism from the University of St. Thomas Pontifical University in Rome, Italy.

McGuire served as a teacher at St. Michael School in Orland Park, Illinois, Academy of Our Lady in Chicago and Spalding Academy in Spalding, Nebraska. She was the regional coordinator of the Western Region for the former Dominican Sisters of St. Catharine in St. Catharine, Kentucky, from 1969-1972. McGuire was elected president of the former Dominican Sisters of St. Catharine from 1972-1980 and served on their leadership board from 1992-1996.

All funeral services will be held privately at the Sansbury Care Center Chapel.