Winters was a retired priest, professor and television host 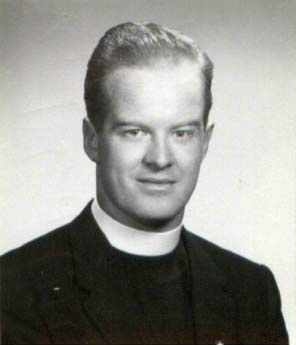 Winters was born on Oct. 14, 1926, in Chicago. He attended St. Columbanus Catholic School and Quigley Preparatory Seminary, both in Chicago, and the University of St. Mary of the Lake/Mundelein Seminary in Mundelein.

Winters was ordained to the priesthood on May 1, 1952, by Cardinal Samuel Stritch, and celebrated his first solemn Mass on May 11 of the same year at St. Columbanus Church.

After ordination, Winters served the archdiocese in a variety of roles: He was assistant pastor of St. Barbara Parish in Brookfield and St. Sylvester Parish on Humboldt Boulevard in Chicago. He joined the faculty of Quigley Preparatory Seminary in 1955 and the faculty of Mundelein Seminary in 1961 where he taught Church history. He served as academic dean of Niles College of Loyola University for 18 years.

During Winters’ teaching years at Quigley Preparatory Seminary in the late 1950s, among the many seminarians was Monsignor Wayne Prist, now pastor emeritus of Queen of All Saints Basilica, who appreciated his professor’s engaging, challenging and playful approach. “I respected his knowledge of history,” said Prist. In the 1970s, Prist served as a television producer for WMAQ-TV. When he needed a host for the Gamut program, his articulate and confident professor came to mind. As it turned out, Winters thrived in that role as he interviewed guests on a variety of topics. Every Sunday, Winters attracted more than 100,000 Chicago Catholics during his 10 years on that program.

Rev. William J. Flaherty, pastor emeritus of Infant Jesus of Prague Parish in Flossmoor, mentioned that his classmate was very devoted to teaching: “He was a gifted teacher, in my opinion at least. He could make Church history fascinating to the students.”

“He spent most of his priesthood teaching,” recalled Most Rev. Raymond E. Goedert, retired auxiliary bishop of the archdiocese. According to Goedert, his classmate was one of the brightest minds in the 1952 class and had always something interesting to say. People would pay attention to him because he was very well-spoken.

Funeral services will be private.