Baima was an archdiocesan priest, provost at the University of St. Mary of the Lake and vicar for Ecumenical and Interreligious Affairs 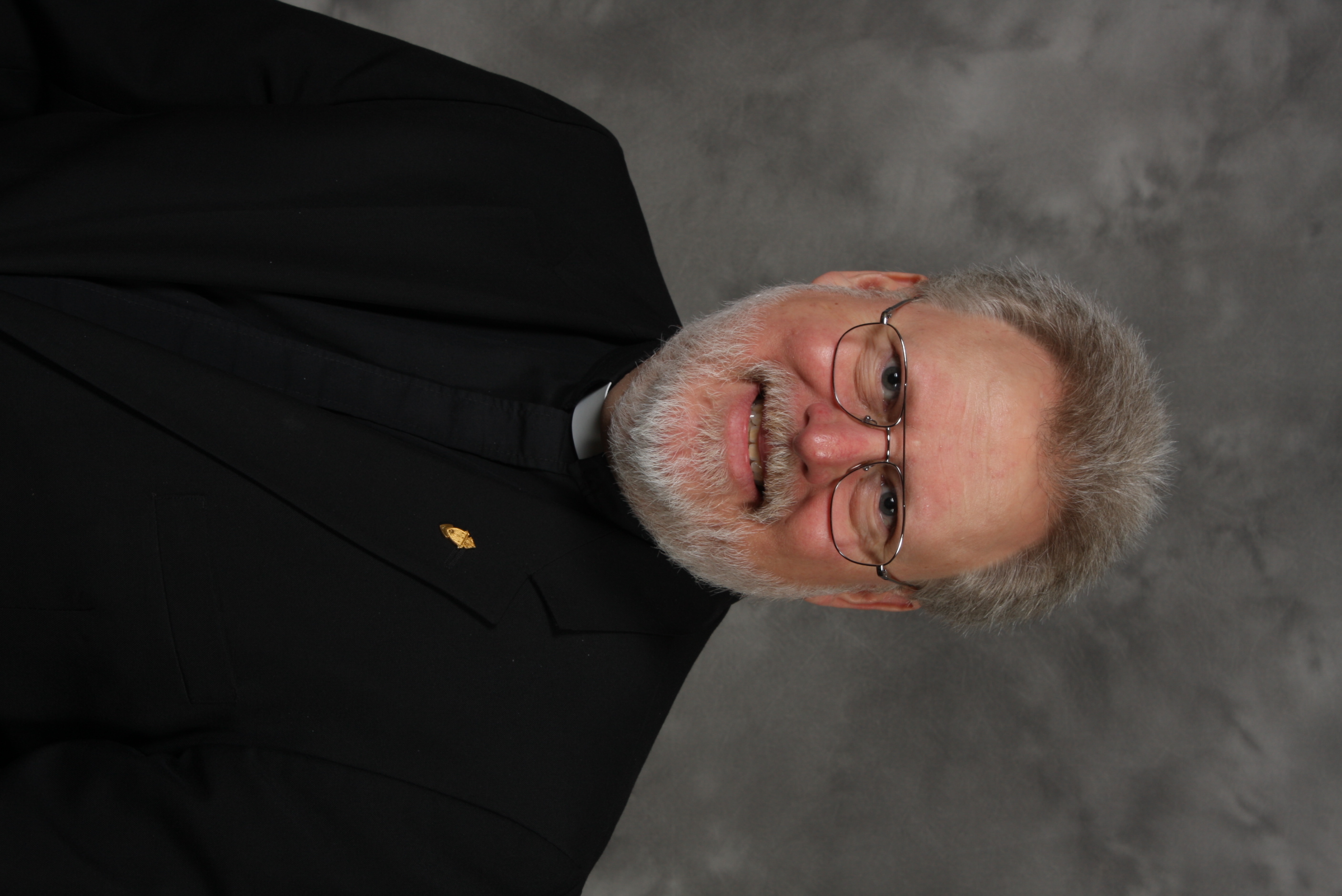 Baima was born on March 20, 1953, in Chicago. He attended Notre Dame High School in Niles, Benedictine University in Lisle, Butler University in Indianapolis, Ind., and the University of St. Mary of the Lake/Mundelein Seminary in Mundelein. He received his doctorate in Sacred Theology at the Pontifical University of St. Thomas Aquinas (The Angelicum) in Rome, Italy, in 2000.

Baima was ordained to the priesthood on May 14, 1980, by Cardinal John Cody, and celebrated his first solemn Mass on May 17 of the same year at St. Peter Parish in Skokie.

“Fr. Baima’s lifelong mission of bringing people of faith together in dialogue and mutual respect is a model of how we should carry forward with building, as Pope Francis has asked “an effective recognition of the dignity of every person, and a trusting openness to God the Father of all,” said Cardinal Blase J. Cupich, archbishop of Chicago. “I have lost a friend and brother and pledge to continue his work.”

Baima served as associate pastor at Our Lady of the Wayside Parish in Arlington Heights and St. Damian Parish in Oak Forest. Between 1983 and 2000, he worked in the Office of Ecumenical and Interreligious Affairs serving as its director for many years. Baima was a professor at the University of St. Mary of the Lake in Mundelein where he taught Systematic Theology with a focus on interreligious dialogue. In 2011, he became vice rector of the University of St. Mary of the Lake and transitioned from vice rector to provost in 2020.

“Fr. Baima devoted more than 20 years of his priesthood to the mission of forming future priests and lay ministry leaders at University of St. Mary of the Lake/Mundelein Seminary,” said Rev. John Kartje, rector/president of the University of St. Mary of the Lake/Mundelein Seminary (USML.) “What I hope people appreciate is that his piercing intellect was matched by a deeply pastoral heart. His personal care for his students and colleagues was clearly evident. His passion for interfaith dialogue brought a critical dimension to seminary education as our future priests prepare to face an increasingly diverse world.” Kartje acknowledged that during the years he was rector, Baima was invaluable to him as “a trusted partner whose insights and perspectives I always respected.”

Baima became vicar of the Ecumenical and Interreligious Affairs Office in 2012.

“Fr. Tom was a visionary leader,” read a statement from his colleagues of the Office of Ecumenical and Interreligious Affairs. “He saw issues and opportunities well beyond the immediate topics and tasks at hand. His strong collaborative nature brought theory and practice together in service to the Gospel, the heart of the Christian faith. He understood that ‘we are all church’ and we bring different gifts to the table.” The statement continues: “He knew that disagreement in religious matters does not stop us from truly loving one another and so he lived his ecumenical and interreligious ministry as a path of love, compassion, and kindness. Fr. Tom’s legacy is deeply interwoven in the fabric of this ministry in the Archdiocese of Chicago, nationally, and internationally. Through his warm welcome, openness, and deep knowledge, Fr. Tom was equally at home and effective in official Vatican dialogues, local dialogue meetings, academic conferences, and in personal conversations over coffee. Fr. Tom was a bridge builder who often reminded us that ‘if you get the relationships right, the issues will work out.’” (To read the full statement, please click here.)

Baima was also a trustee emeritus of the Parliament of the World’s Religions, a local nonprofit organization with the mission of cultivating harmony among the world’s religious and spiritual communities. According to a statement from the Parliament of the World’s Religions, “Fr. Tom Baima led the Catholic host committee in the organization of the 1993 Parliament Convening and was instrumental in the creation of the Parliament's signature document, “Towards a Global Ethic”. We join his family, community, and the global interfaith movement in mourning. May he rest in peace.”

Additionally, Baima was former president of the Illinois Conference of Churches, the Council of Religious Leaders of Metropolitan Chicago and the O’Hare Interfaith Chapel Corporation. He was also a member of the American Academy of Religion, the American Catholic Philosophical Association, the Catholic Association of Diocesan Ecumenical Officers and the North American Academy of Ecumenists. Furthermore, he was a fellow of the Christian Leadership Initiative, a partnership of the American Jewish Committee and the Shalom Hartman Institute in Jerusalem.

A classmate of Baima, Rev. Michael Meany, pastor of St. Patricia Parish in Hickory Hills, recalled Baima’s interest in ecumenism even during their seminarian years. “He started a strong ecumenical community at St. Damian.” He also added that Baima was instrumental in organizing Cardinal Joseph Bernardin’s trip with a local Catholic Jewish delegation to the Holy Land in 1995.

Rev. Kenneth Budzikowski, pastor at St. John Fisher Parish in Chicago, remembered his classmate as a friendly person but above all highly intelligent. “I just liked listening to him talk about things,” said Budzikowski. “He had a great sense of humor. He was one of the brightest in our class. We are all very proud of him.”

“Fr. Baima was a true vir ecclesiasticus, a man of the Church in the best sense of the term,” said Msgr. Robert Dempsey, also a classmate of Baima. “He professed the faith with sincerity, preached it with conviction, and dedicated the best years of his life to training future priests, deacons, and lay ministers to live and proclaim that faith with the same commitment. His breadth of vision and depth of interest embraced the great tradition from the time of the apostles to our own day, across the multitude of rites, customs, and devotions that continue to enrich the People of God in every time and place.” Msgr. Dempsey added that “the pilgrim Church has lost a great treasure, but the heavenly Jerusalem will be gaining a new and precious gem for all eternity.”

Aarti Lentz Tejuja, member of the Buddhist Catholic Dialogue Chicago group, met Baima at the Pontifical Council for Interreligious Dialogue’s International Encounter of Buddhists and Catholics in 2015. The project was part of the 50th anniversary of the Vatican II declaration Nostra Aetate, on the Church’s relationship with other religions. “Fr. Tom Baima taught me that even though we don’t all agree about fundamental things, we don’t have to let those things keep us apart. That we can ‘not agree’ and still love one another,” said Tejuja. “That is the gift Fr. Tom so generously gave to me by his example. It’s how he lived his life and I’m so appreciative to have crossed paths with such a beautiful human being.”

Rev. Leo D. Lefebure, archdiocesan priest and professor of Theology at Georgetown University in Washington, D.C., came to know Baima when they were both students at Mundelein Seminary. “I respected his fine mind and his dedication to scholarship and service to the Church,” said Lefebure. “Tom was a major leader in ecumenical relations, especially with the Eastern Christian churches.  He played a vital role in developing trust and understanding with Christian leaders from whom Catholics had been estranged for centuries.” Lefebure praised Baima’s work and his “immense contributions in representing the ecumenical and interreligious teachings and practices of the Catholic Church, even to Catholics who were suspicious of these initiatives. Tom possessed a wise sense of tact and a sense of how far discussions could go in a given context.”

The same year, Baima received the Gold Palm of Jerusalem for his lifetime of service to the Church and the Holy Land, the highest distinguished service award of the Equestrian Order of the Holy Sepulchre, an international order of the Vatican, that serves the Holy Land.

A prolific author, Baima wrote the Concordat of Agreement Between the Episcopal Church and the Evangelical Lutheran Church in America: Lessons on the Way Toward Full Communion, and co-authored the Understanding Four Views of The Lord’s Supper.

We invite you to read the presentations and contributions by the Very Rev. Thomas A. Baima on the archdiocesan Ecumenical and Interreligious Affairs website: https://eia.archchicago.org/about-us/very-rev-thomas-a-baima

On Saturday, April 30, visitation hours will be from 9 – 10:30 a.m. at the Chapel of the Immaculate Conception at the University of St. Mary of the Lake/Mundelein Seminary (1000 E. Maple Ave. in Mundelein). The funeral Mass will take place just after visitation at 11 a.m. on April 30 at the USML chapel and will be livestreamed at https://youtu.be/01uObcg2lsU.

Cardinal Blase J. Cupich, archbishop of Chicago, will be the main celebrant, and Rev. Emery deGaal will be the homilist of the funeral Mass. Interment will take place at St. Mary Seminary Cemetery in Mundelein.