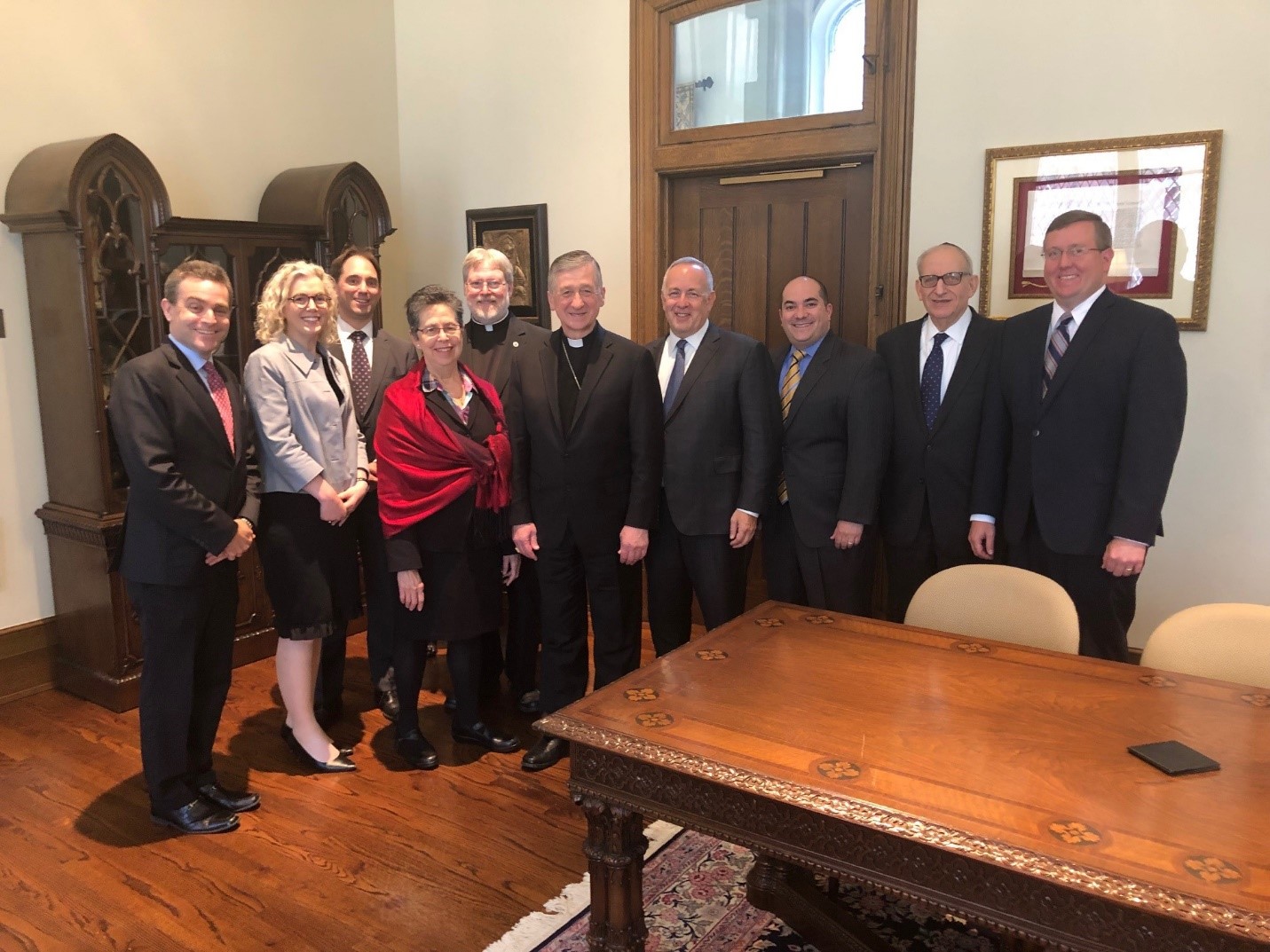 On May 15, Cardinal Blase J. Cupich hosted a conversation with representatives of Jewish community organizations with which the Archdiocese of Chicago has formal relationships. The cardinal invited these representatives so that he might hear directly how the Jewish community is experiencing the public re-emergence of antisemitism and the associated increase in violence.

He asked the group what we could do together to address antisemitism and other forms of speech which incite hatred.

The Jewish representatives noted good relations with the Archdiocese of Chicago stretch back more than 50 years. Additionally, the teaching of the Second Vatican Council on the permanent validity of God’s covenant with Israel has fundamentally changed how Jews view Catholicism. In light of our shared history in civil rights work, the group agreed we must work together to combat antisemitism and all forms of prejudice, racism, and discrimination, and engage other groups and constituencies in pursuing the unfinished goal of achieving justice and equality for all threatened or marginalized groups in our city.

Knowing that the archdiocese has a long history of teaching tolerance and respect, Cardinal Cupich invited the group to think with him about concrete programs that could be introduced in schools and the religious education programs of both of our communities to support these goals.

Given the measurable increase in public rhetoric attacking Jews since 2017, the representatives advised, and the cardinal agreed, that it is imperative to not only work together, but also to speak out forcefully against this disturbing trend whenever it emerges in our society.

The Archdiocese of Chicago through its Office for Ecumenical and Interreligious Affairs maintains formal relationships with the American Jewish Committee, Anti-Defamation League, Chicago Board of Rabbis, Illinois Holocaust Museum and Education Center, Jewish Federation of Chicago, and Spertus Institute of Jewish Learning and Leadership. Individually and jointly, they sponsor a number of annual programs with the archdiocese, such as the Joseph Cardinal Bernardin Jerusalem Lecture, the Catholic-Jewish Scholars Dialogue and ongoing Holocaust education with the Catholic school community. Over the years, programs were offered with the Office of Catholic Schools for teachers that explore the relationship between the Catholic Church and the Jewish People, and study-trips to Israel for Catholic educators to both examine the local complexities and to build lesson plans for their own teaching across several disciplines (social studies, religion, science, etc.).