Meyer was senior professor emeritus at St. Mary of the Lake/Mundelein Seminary in Mundelein and the oldest priest of the Archdiocese of Chicago 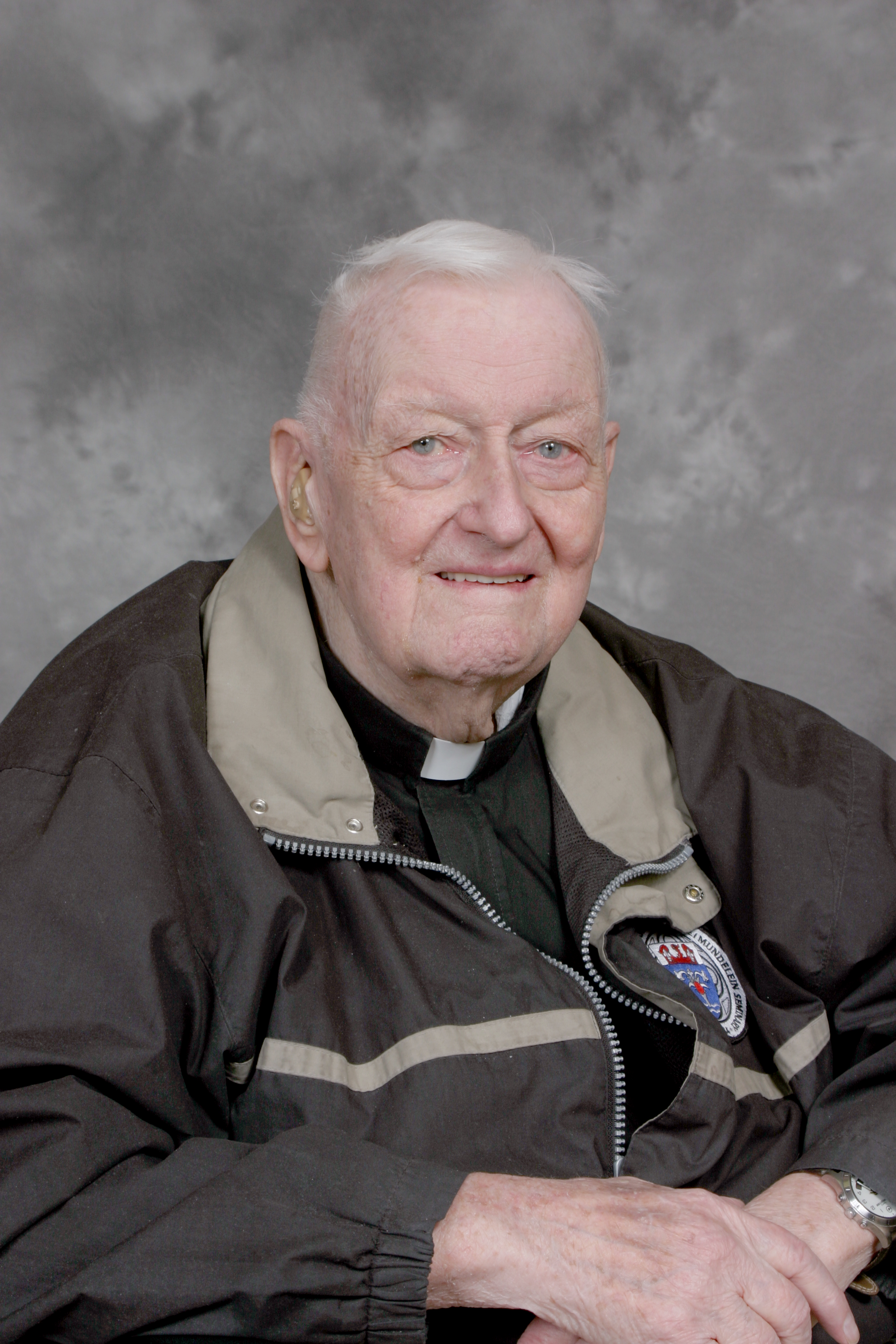 Meyer was born on Sept. 30, 1920, in Chicago, and attended elementary school at St. Andrew Parish in Chicago. It was there that he met George Cardinal Mundelein who, upon observing young Charles serving Mass, said to him, “You should be a priest. You should go to Quigley.”

Meyer attended Quigley Preparatory Seminary in Chicago and the University of St. Mary of the Lake/Mundelein Seminary in Mundelein for his philosophical and theological studies. He pursued advanced studies at the Pontifical Faculty of Theology at the University of St. Mary of the Lake from which he received the doctorate in theology. He completed his post-doctoral studies in Rome at the Pontifical Gregorian University and in the Vatican Library.

He was ordained to the priesthood on Feb. 24, 1945, by Archbishop B. Sheil, and celebrated his first solemn Mass on Feb. 25 of the same year at St. Andrew Parish.

After ordination, Meyer was assigned to do further studies in library science at Rosary College in River Forest. He served as associate pastor at Holy Name Cathedral on State Street and St. Gertrude Parish on Glenwood Avenue.

Appointed to the faculty of Mundelein Seminary in 1949, he initially served as assistant librarian, then as dean of discipline, first in the philosophy department and subsequently in the theology department. As a professor, he taught church history, liturgical rubrics, and dogmatic theology. Beginning in 1966, he served as archdiocesan archivist, as the archives were located at the University of St. Mary of the Lake.

In 1976, Meyer was named academic dean of the University of St. Mary of the Lake/Mundelein Seminary and served in that role until 1981. Upon completing his service in academic affairs, he returned to classroom teaching as a full professor of dogmatic theology. He retired in 1991 and was promoted to professor emeritus of dogmatic theology, continuing to teach seminars and electives part time. In 2010, Pope Benedict XVI named him Prelate of Honor of His Holiness for his long service to the seminary. Meyer continued to teach until 2014. (From Remembering Monsignor Charles R. Meyer, 1920-2020.)

Very Rev. Thomas Baima, provost of the University of St. Mary of the Lake/Mundelein Seminary, met Meyer in 1976 when he entered Mundelein Seminary as a student. “While everyone knows him as a brilliant scholar and a demanding teacher,” said Baima, “what many people didn’t know about him was how, through the years, he maintained a connection with parish life.” According to Baima, Meyer served as an assisting priest on the weekends at St. Edna Parish in Arlington Heights, but also led a women’s theology group at Mary, Seat of Wisdom in Park Ridge, and a religion and science discussion group with physicians. “These pastoral settings were an important part of his priestly ministry,” Baima added. “They were, in effect, a ‘parish’ he carried with him through the years.”

Rev. Emery de Gaál, Ph.D., chairman and professor of dogmatic theology at the University of St. Mary of the Lake, remembered Meyer as cheerful, witty and knowledgeable in different disciplines. “He was always alert to God’s calling him to new tasks and obligations,” de Gaál said. “He responded with singular devotion and discipline. He thereby displayed what St. Ignatius of Loyola and Pope Francis call the disposition of ‘indifference’ – always available to the changing needs of our Church. At every task he joyfully excelled, precisely because he was fulfilling God's will.” An avid traveler, Meyer massively broadened the horizon of his students by integrating the insights of physics and cosmology into his courses, de Gaál continued. “Schooled in a variant of St. Thomas Aquinas' theology, his nine books and his courses were the epitome of clarity and intelligibility of our Catholic faith.” [1]

Details about visitation hours and funeral Mass will be shared once final.